@LindseyGrahamSC wants us to think he cares about today. He ain’t fooling NOBODY! His support of Trump - you know the KKK leader & the one who tried to overthrow our Republic- Lindsey’s support of Trump tells us all we need to know! #ConvictTrump

@LindseyGrahamSC You ain’t fooling NOBODY! Your support of Trump - you know the leader of the KKK & the one who tried to overthrow our Republic- your support of him tells us all we need to know! #ConvictTrump

@SenToomey @CapitolPolice Honor the slain police officer by convicting the man responsible for inciting the insurrection. #ConvictTrump of breaking the Constitution. Isn't that your sworn duty?
#IncitementofInsurrection

@DonaldJTrumpJr We would love if you are censored too. We are so tired of your lies! #ConvictTrump

But #RudyG was votin’ for Agent Orange 🍊!

Rudy Giuliani voted with an affidavit ballot, which he bashed in failed effort to overturn election

I'm old enough to remember the "controversy" when Clinton staff members removed the "W"s on their computers as they left office as a well meant joke. I miss those types of "transition of power" crisis. #ConvictTrump

@jaketapper When I remember that the Trumps will BE GONE, I smile. #ConvictTrump

GOP is the insurrection party

President Donald Trump’s actions CLEARLY incited an attack on our Capitol—putting American lives and our democracy AT RISK.

It’s time for the @SenateGOP to wake up and hold him accountable.

@GOP these insurrectionists are influencing the future direction of the Republican Party. It’s time to step up and save the party. Unite our country and remove Trump. #ConvictTrump

Hello! Absolutely HRC The reason TrumpsGOP is trying so hard 2 claim this election was rigged is bcause they rigged the 2016 election. Their strategy, make the convo so toxic we can't c their crimes. Don't fall 4 the okey doke! No unity w/o accountability #ConvictTrump e.

Level headed and rational examination of the symbols and groups which came together to attack our US Capitol building, and harm the people inside. 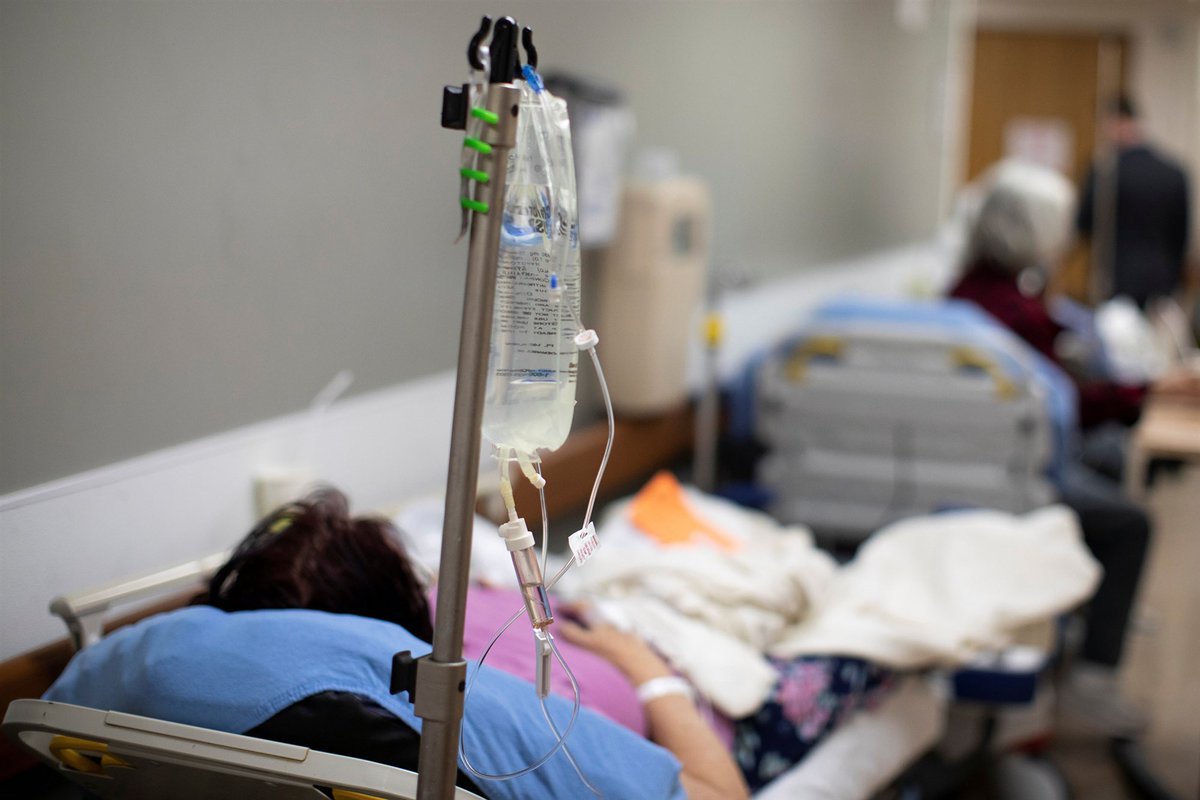 I rise to address the Meeting and say that Friend @alias_fcb speaks my mind in this matter.
#OfficerSicknick #ConvictTrump

@KristySwansonXO is feeling thirsty for some attention. Why else would she be volunteering a resume that none of us knew about?
#ConvictTrump #removetrumptoday

@Pminn76 @JohnMBurtLMT #saveamericastopputin #WeAre7MillionStronger
When will our Representatives understand the business of usual politics is dead! The GOP terrorists killed that along with officer Sicknick!

Absolutely. We barely survived this nightmare. This end is unbelievable but unsurprising, too. #NeverAgain #ImpeachTrump #ConvictTrump 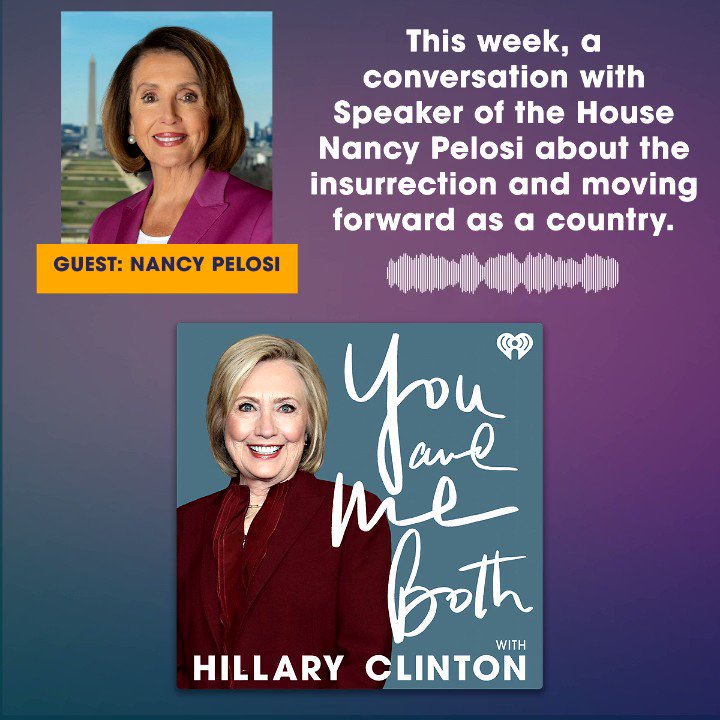 .@SpeakerPelosi and I agree:

Congress needs to establish an investigative body like the 9/11 Commission to determine Trump's ties to Putin so we can repair the damage to our national security and prevent a puppet from occupying the presidency ever again.

Someone like Trump must not ever happen again, our country may not survive another one like him.

Arrested: Guy Reffitt, a member of the “Texas Freedom Force” and Three Percenters, threatened to shoot his children if they became “traitors” who turned him in. He brought his handgun to DC, but was not charged with firearms crimes. 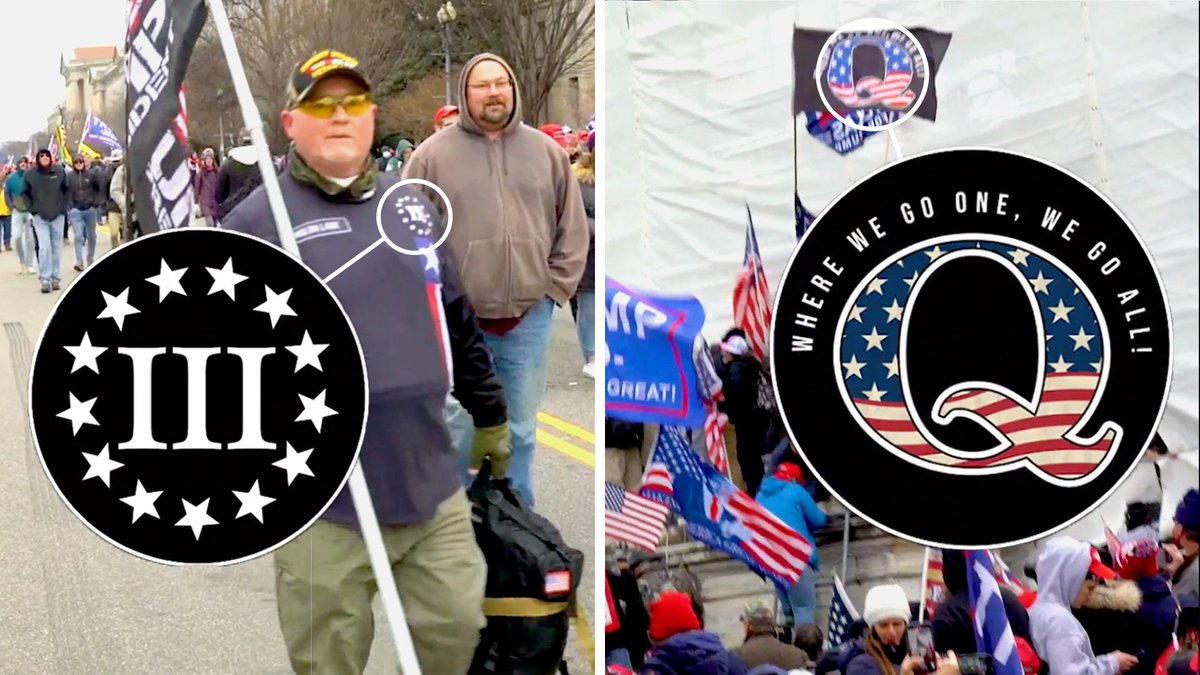 We looked through hours of footage from the Capitol riot to decode the symbols that Trump supporters brought with them, revealing some ongoing threats to US democracy. 👇